Orkuvirki main operation is in the field of electrical engineering and industry. It is mainly based on own production of electrical equipment and equipment installation in power plants, substations and industry. Additionally Orkuvirki works on general and special electrical installations in bigger buildings. Orkuvirki has specialized in work on medium and high voltage installations.    Own production is primarily type tested medium voltage circuit breaker cubicles (12 kV). Orkuvirki is also the Icelandic agent for low voltage enclosures and equipment for the Danish manufacturer Eaton Holec. Orkuvirki is one of Iceland’s most experienced electrical contractors. The company has also extensive experience with mechanical installations.

Orkuvirki was established in 1975 by several small electrical contractors and engineers. The company main purpose was to join forces in work on bigger projects reaching beyond the scope of the individual contractors. Operation of the company was not continuous, but was on negotiated projects after open bidding on the market. In 1994 Orkuvirki fully became the property of electrical contractor Tryggvi Thorhallsson and his family. Since 2003 the company is owned by Tryggvi Thorhallsson, Thorhallur Tryggvason and Kristjan Gudmundsson.

The company operation after more than 30 years on the market still is divided between contracting and own production of MV circuit breaker cubicles and assembly of LV distributions. In cooperation with others the operation is also spreading to other fields of industry. The main change in operation during the past years has been increased work on substation control and protection equipment. During the past years, contracting has been continuous on different projects, such as extension of aluminium smelter Straumsvik (now RTA owned), building and extension of aluminium smelter Grundartangi (Owned by Century Aluminium), building of geothermal power plant Hellisheidi (Reykjavik Energy owned) and different projects for the Icelandic National Power Company, National Grid, State Electrical Works, Reykjanes Regional and Reykjavik Energy, in addition to smaller energy and industrial projects. 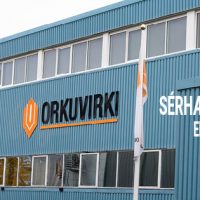 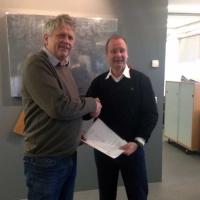